Sveta and I had been planning to go to Poland to get my visa that I need to complete my long-term residency in Ukraine. This is like the American “green card”. When we had our bags packed, reservations made, and train tickets purchased for the Odessa- L’vov part, Mother Nature spoke up. Our February began with roads closed to Odessa because of ice, snow, and an accident somewhere along the way. We hadplanned to take the bus to Odessa the next morning, but had to make alternative last minute plans. With the train being the only other choice, we went to the train station hoping to get tickets for the train that would pass through Nikolayev, where we live now, at 1:00 AM. With no tickets available, we got on the train and tried our luck at getting permission to ride. There are pull-down seats in the corridor of the train car. Not only did we get permission to ride, there were also two unoccupied beds in one of the four bed compartments.

That being successful, we got Sveta’s Schengen visa in Odessa at the Polish Embassylater that day. (Not long ago, the European Union [EU] created the Schengen visa for people from certain countries to permit them to travel through the countries of the EU. Ukrainians need this visa, but Americans do not. We spent the night with friends in Illichevsk

The next day we took the bus to Odessa and the overnight train to L’viv, Ukraine, this time with tickets, and from there the following afternoon took a bus to Krakow, Poland. We went to the Ukrainian Embassy in Krakow Monday morning. Acquiring my new visa was easy, but the date for it to be effective had to be changed, sending Sveta back to L’viv three days before I could enter Ukraine with my new visa. She stayed with missionary friends until I arrived, and we continued on to Illichevsk to visit the massage clinic. All of this took fifteen days, leaving us exhausted when we finally arrived in Nikolayev.

While in Illichevsk, we visited our three massage therapists at the MUCH clinic. One of the children treated by Natalya B. was highlighted in last month’s newsletter video. 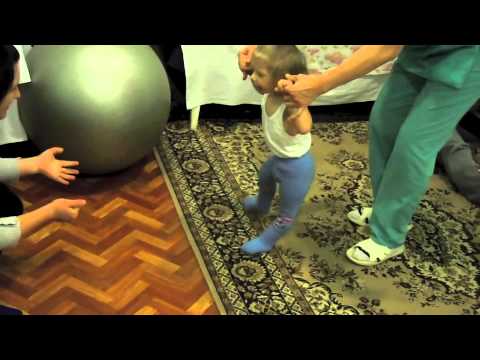 On this visit, we were able to take video (see above) of the little girl, showing the progress that she has made since September. In September, she had no ability to walk. All of her leg movements were reflexes. When Natalya B. helped her go through the walking movements, she had to support the weight of the child, holding her arms. You will see in the new video that Natalya gives very little support, allowing the child to grasp her fingers as she walks. For this diagnosis of cerebral palsy, the child has made great progress. 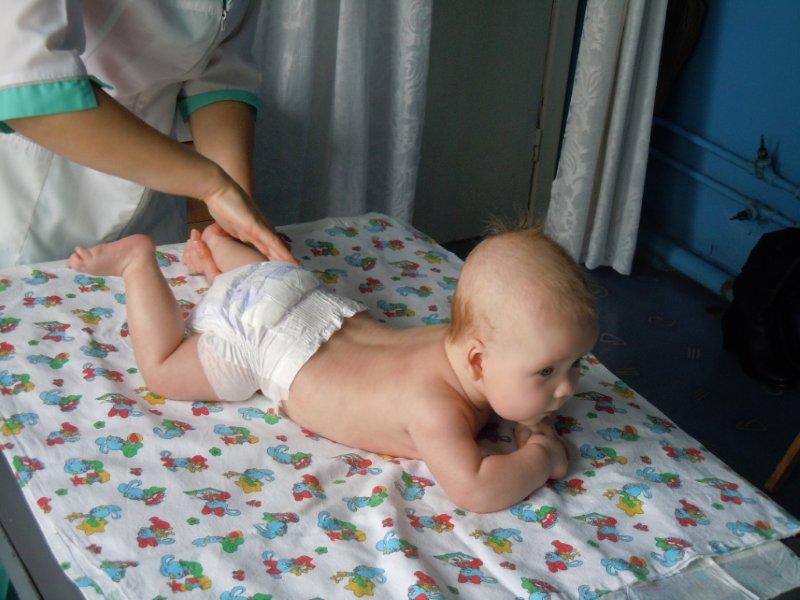 In this picture, she is giving massage therapy to an infant in the Early Intervention program. The child’s mother is very pleased with the results. As a matter-of-fact, the mother was excited to see new results during this massage.

The neurologist at the polyclinic identifies abnormalities that should be eliminated in infants. She prescribes massage therapy for them and sends them to the Early Intervention Program at the MUCH Clinic for treatment. Ira is delighted to work with all of the children, but particularly with the infants. She is a mother of two, and has great compassion. 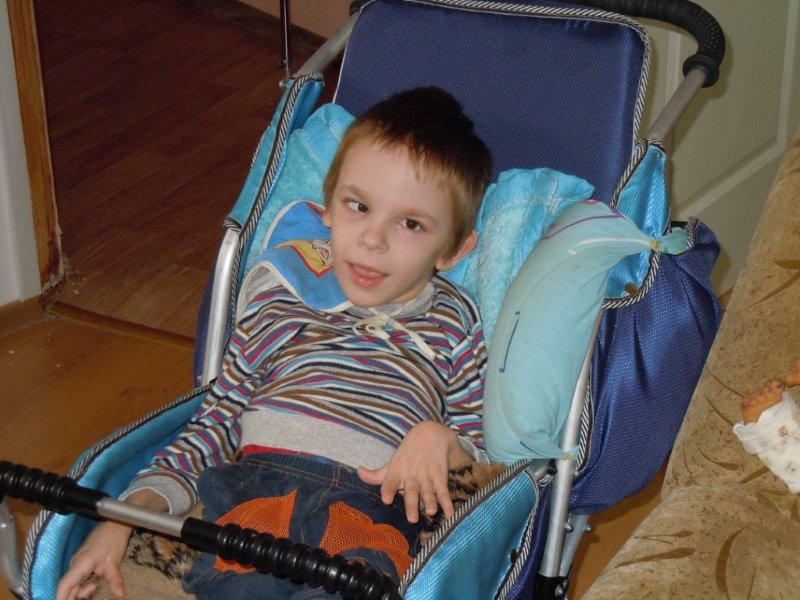 Ira began working with Sasha last year when she was working at the Center for Children with Disabilities in a number of capacities. Sasha’s parents would leave him at the Center every day. Until that time, he had no movement or facial expression. His muscle tone had diminished, and his only stimulation was what he could see or hear. In the second twenty-day course of massage at the center, Ira began to see change in Sasha’s movement and muscle tone. For children with such severe disabilities, progress is slow, but the science of massage therapy continues to show the results that we seek.

Walking in His shoes,

Sveta has some wonderful stories to tell this month, too.

Now Ukraine has a difficult situation. We had a situation where Ukraine may have been separated into two parts, east, and west. There was also talk that the Republic of Crimea would separate from Ukraine if there would not be stabilization in the government. MUCH has programs in all three parts of Ukraine: Dobromel and Illichevsk in western Ukraine, Marganets in eastern Ukraine, and Froonza in the Republic of Crimea. We believed that this situation would not affect our work with the MUCH children who need your support. 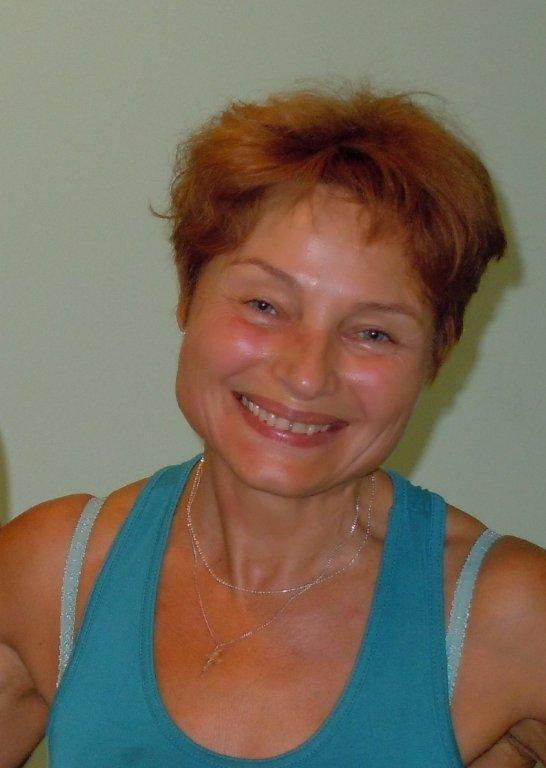 Our massage therapists send their reports to us about their work. When we visit them twice a year, we always see great progress that the children have made.

On our return from Poland, we visited our massage therapists in Illichevsk. Massage therapist Dr. Natalya B. and the two mothers who were there at the time with their children were very happy to see the great result that their children were having. One is featured in this month’s video mentioned above. (see video above) This video shows progress over a five-month period. The two girls that we saw during our visit have very difficult diagnoses. It takes much time to see good results. Natalya, a very professional therapist, works passionately with massage. Even more, she teaches the mothers exercises and other tasks to do at home. She encourages mothers to support each other, lifting their emotion as they proceed through their common tasks. 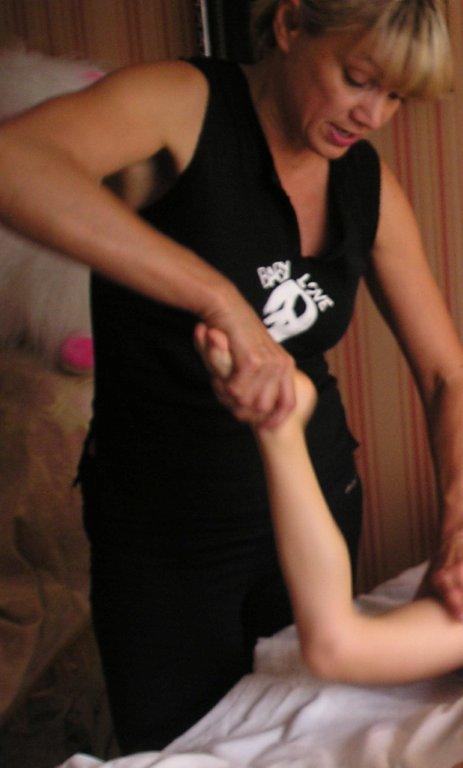 Massage therapist Tanya has much experience working with children. She has been on our team for six years. She has a unique opportunity that came about because of a need that was not being met at the clinic. Many parents cannot bring their child or children to the polyclinic for different reasons. She goes to the home of the child or children in need of massage. One example is the mother of two beautiful seven-month-old twin brothers. It is not possible for the mother to take her two boys to the polyclinic, all of the way across town, for ten days of treatment. After two ten-day courses of massage therapy, both children had positive results. Their mother talked joyfully to Mark and me about the changes that she was seeing. 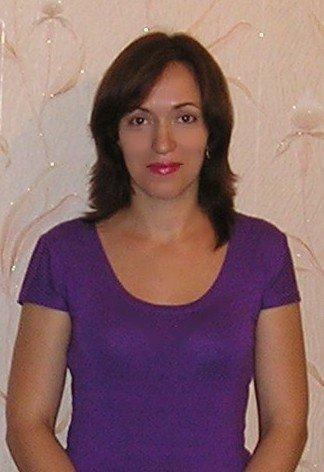 Ira, our newest addition to the MUCH team, has a passion for giving massage therapy to infants in our Early Intervention Program. She is seeing great results in the children that she is working with. It was so nice for Mark and me to hear the mother of the infant share with us the progress that she was seeing. Most exciting was when the mother exclaimed about a new ability that she saw during the massage that we witnessed. When parents bring x-rays of the children, before and after, showing documented change, it is truly inspiring. 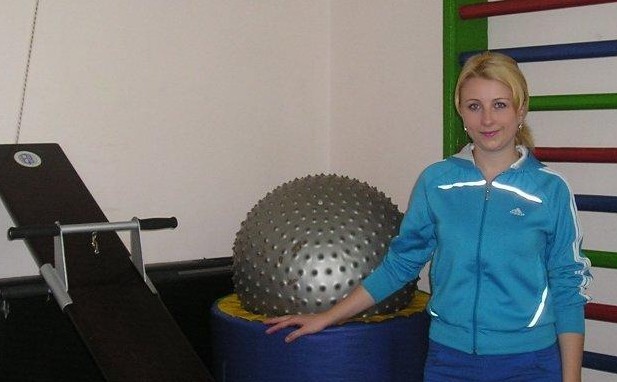 Natasha, the massage therapist in Dobromel, is also experiencing great results. The children who have the diagnosis of cerebral palsy are showing big improvements in walking ability and speech. Yura has a depression in his chest, which is showing results that his breastbone is growing away from his heart and lungs. In the two years that Natasha has been on the MUCH team, she has seen and reported on many positive results. 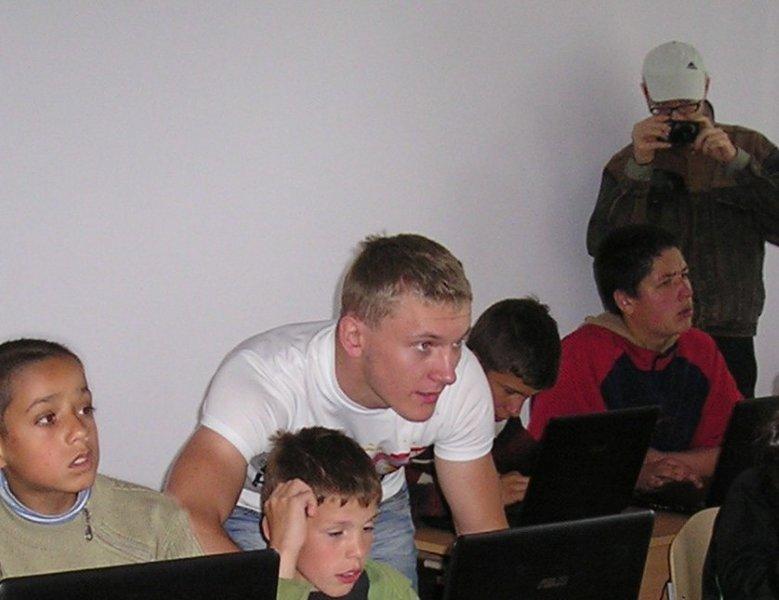 Also in Dobromel, there is news about the computer program. After sitting unused for two years, the computers that the government provided are getting full use. Our program began one year ago, and we are seeing encouraging results. The children are inspired to learn new skills and information as they enter the computer age full force. It is amazing to watch as the children angle their tongues, searching the keyboard and entering each letter, while waiting with big eyes of expectation for direction from the teacher. Volodya gives each child very much attention, and creates individual ways to inspire the child to learn. 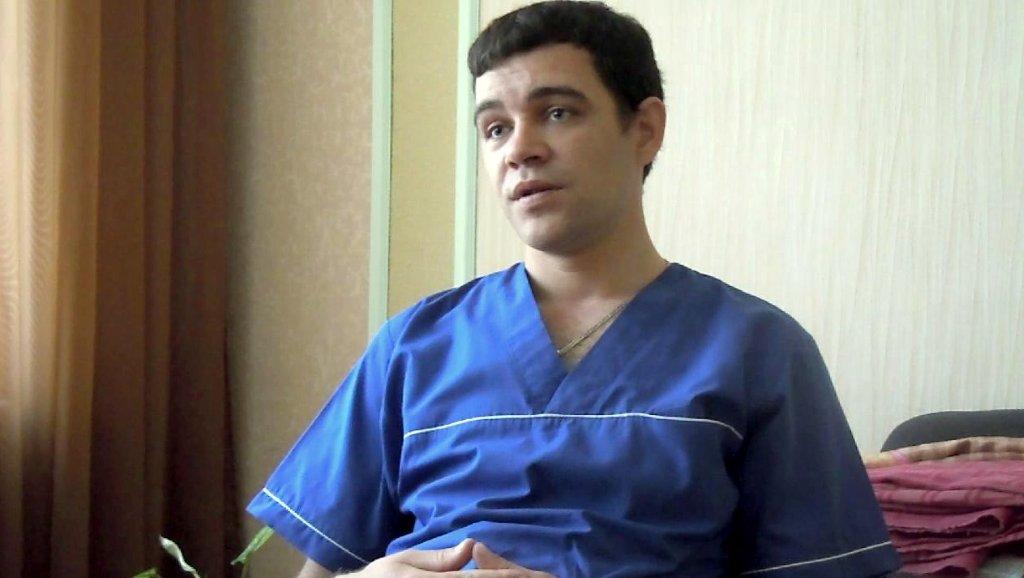 Slavic in Froonza, Republic of Crimea, continues to provide good results for children. The word is out about his good results. What began as a need for thirteen children in one village is now a clinic that is serving children with disabilities from three additional villages that lack services for their children. It is a different mentality in Crimea, though. People seem to be very pro-Russia.

In eastern Ukraine, our focus in Marganets remains to be clothing for disadvantaged children and children in the orphanage. Clothing can be a powerful stimulant for change of character. We have seen commendable attitude change and positive outlook for their future. These children, once hidden in the shadows of life, now are an active part of their community. Please pray for our manager, Anatoliy, who has throat cancer.

It is a pleasure to see citizens of Ukraine take responsibility for their own people with such a passion. As is true of this revolution, it is also true of the MUCH team in Ukraine, “The people have spoken!” They have spoken through word and action.

Ukraine ended 2013 and began 2014 under revolutionary situations. Even so, your support of MUCH kept the programs running. We thank you so much for trusting us to care for the children with your gifts. In the March newsletter, we will tell you more about the condition of the country and tell a few stories that you will not read in the news. In the meantime, please remember that your support of what we are doing here in Ukraine is not only helping the children, but is setting an example of how love and serving one another will change this country.