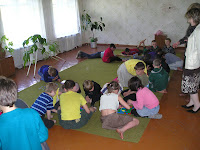 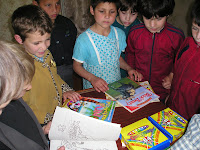 As I woke up this morning, the scenes from a film that I had watched last week reappeared in my memory. Not many films are more than a momentary escape from the reality that I live. Not many films that I have seen portray reality. But this particular film, “The Boy in Striped Pajamas,” was filled with more reality, more diverse perceptions of the reality of life in Nazi, Germany. The film opens with these profound words:

“Childhood is measured out by sounds and smells and sights, before the dark hour of reason grows.” -John Betseman

In the film, two boys find friendship on opposite sides of the fence. The eight year old son of a high ranking German officer comes upon a wire fence while exploring a wooded area. On the other side is a boy of the same age in prison clothes. The boys have long conversations sitting by the fence, totally innocent of what is happening on either side of the fence.

The scene by the fence stayed in my mind. I think of our MUCH children, particularly the youngest ones. When I chat with them, they are the most delightful children, so hungry for attention. When I watch them play with each other, I see the innocence of childhood. It is so precious to experience.

Through no fault of their own, they have come to live in an orphanage. Their futures are branded. The innocence of childhood is soon lost, and a new life challenges them to enter into a world of adversity. Whoever they were before, people will soon look at them as unwanted, undesirable children.